The property has 5 en-suite, self-catering rondawels sleeping 2 people, one of them can sleep a family of 4.

Pieter Francois de Vos buys a portion of the farm Buffelskraal from his father on 1 October 1859 for 20,000 Kaapse Gulde and builds the old homestead in 1859. 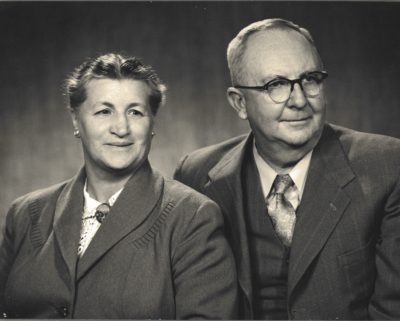 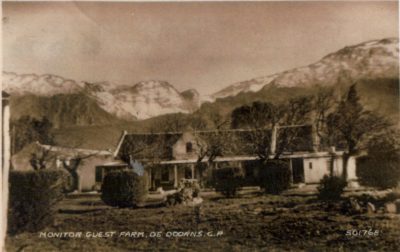 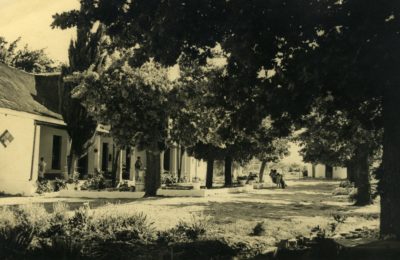 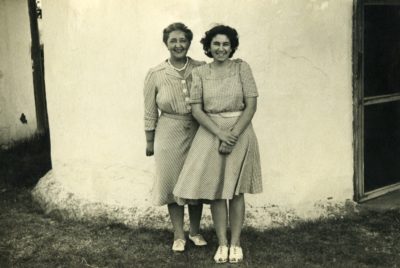 Evelyn & Joy Pickering in front of one of the rondawels

Evelyn Pickering rented the property from the early 1930’s from Wouter Ryk Meiring.  Her daughter, Joy, visited us in September 2016 and told us how as a girl she had to help her mother at the guesthouse.  Her job was to entertain the children, play games with them and walk with them up the mountain to play in the snow during winter.  When she was older, she had to collect the guests from the train station.

Before the war people would stay for a couple of weeks, and several of the guests were returning year on year and a lot of time was spend reading – there was a dedicated reading room for guests.  There was also a tennis court and a tennikoit court.  During the war guests dried up and her mother had to give up the guest house, taking up a position in Rhodesia while Joy (aged 18) was sent to Cape Town.  Evelyn Pickering lost everything due to the war. 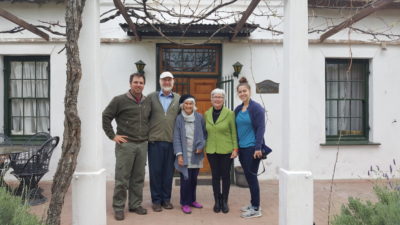 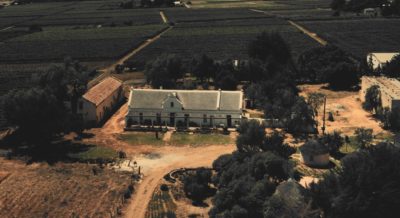 The building to the left was where the guests stayed – it was badly damaged during the 1969 earthquake and was later torn down.

Duppie had the property for many years, but it fell into disrepair.  He was living in Paarl where he had an antique shop.  As the place was unoccupied, things started to go missing and Leon shuttered up the windows and doors to prevent access. 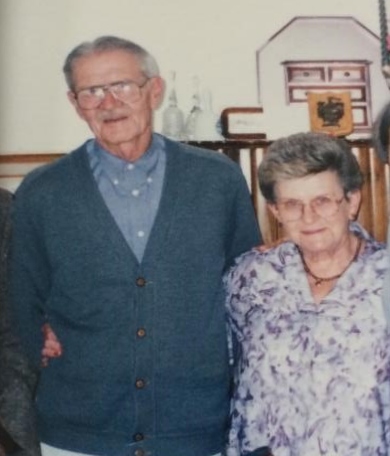 After retiring as headmaster of the school in Evander, Dries and Max de Villiers came to the Cape.  They visited Duppie’s antique shop and during the conversation Dries mentioned to Duppie that he was looking for an old property to restore as a retirement project.  They came to an agreement and Dries and Max bought “The Monitor”.  While restoring the house, they stayed in the stable building which they called the “KES” – Kombuis Eetkamer, Slaapkamer.  Dries had an artificial leg, but that did not prevent him from climbing up the roof to make repairs! 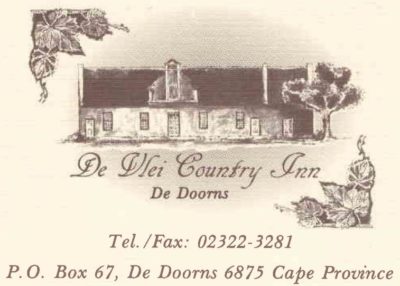 In 1992 the Youngs took over the property and not knowing that it was previously known as “The Monitor”, they operated it under the name of “De Vlei Country Inn” – see a copy of the letterhead they used above.

They built the wall between the house and the stables, added the kitchen to the stables, renovated the rondawels and made them en-suite, they added the swimming pool and also the duck pond. 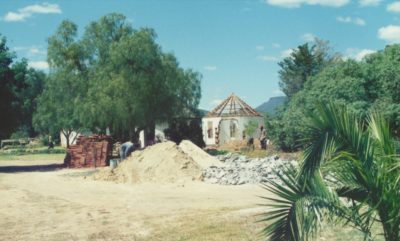 Reconstruction & part demolishing of guest cottages, then rebuild and re thatch 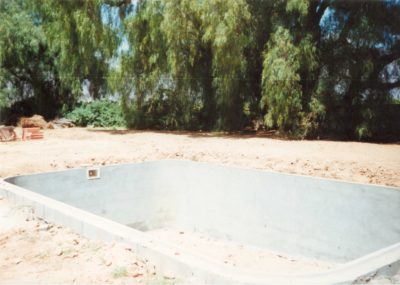 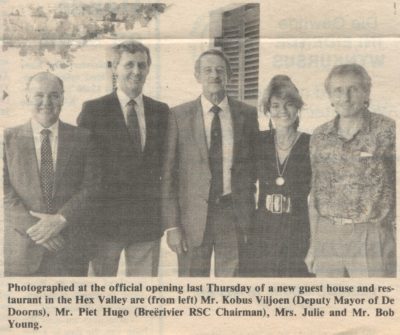 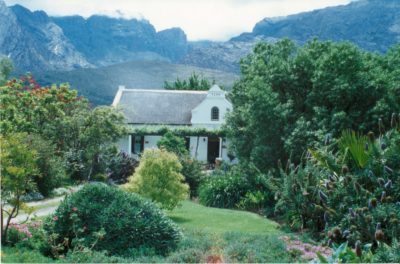 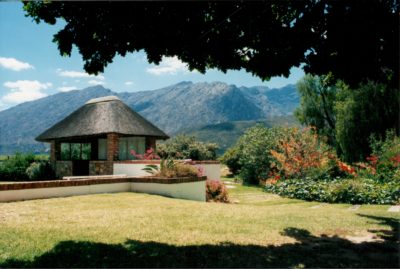 On the back of this photo Julie wrote:  “Never fail to love this view” 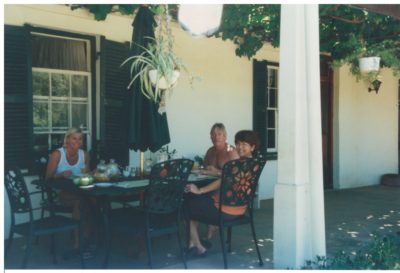 2001 – Roy & Lorraine Brennand on the front stoep.
With the guest house they also operated a tea room. 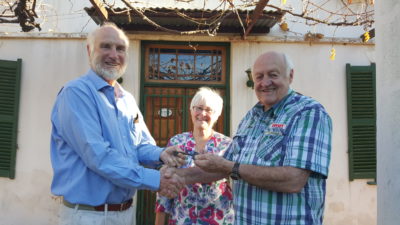 During their ownership, the de Robillards added a thatched section to the old stables for a function room and converted the stables into a bar. 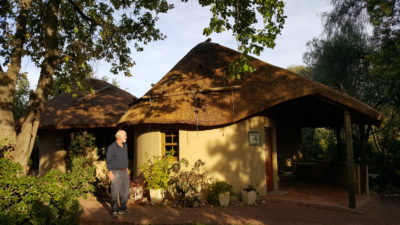 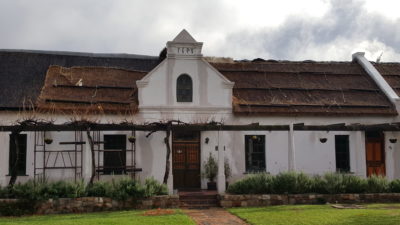 Shortly after take-over in 2016, Leon had all the roofs rethatched.

In 2020 a living room was added to the main house.